deckeventnews
Call to Arms Event
By rokman on November 20th, 2018

Call to Arms is the very first set for Valve's newest title and first venture into card games, Artifact. The set consists of 44 Hero cards, 196 Main deck cards (including Hero signature cards), and 40 Item cards, which is a total of 280 cards! This total does not include Token cards. The set is also released alongside the Basic cards, which is likely going to create the baseline for future expansions, 4 Basic Heroes, 4 Basic Signature cards, and 7 Basic Items. You can take a look at every card in the set on our Cards page and if you're interested in how each card performs, check out the Card Stats page.
Each Color in the game has a different play style and overarching theme, or goal --
Since Artifact is just now releasing in its Beta stage, and soon to be released to the general public, Valve decided to create a fun, free event to allow people to try out the different Houses in the game. Thus, the Call to Arms event was born.
Lasting until December 14, 2018, Call to Arms allows players to play one of the six available pre-constructed decks in a gauntlet style mode, where you are paired up against other players piloting a pre-constructed deck. The goal of the event is to get the highest win streak you can! Share with us in the comments how far you got and with which deck! 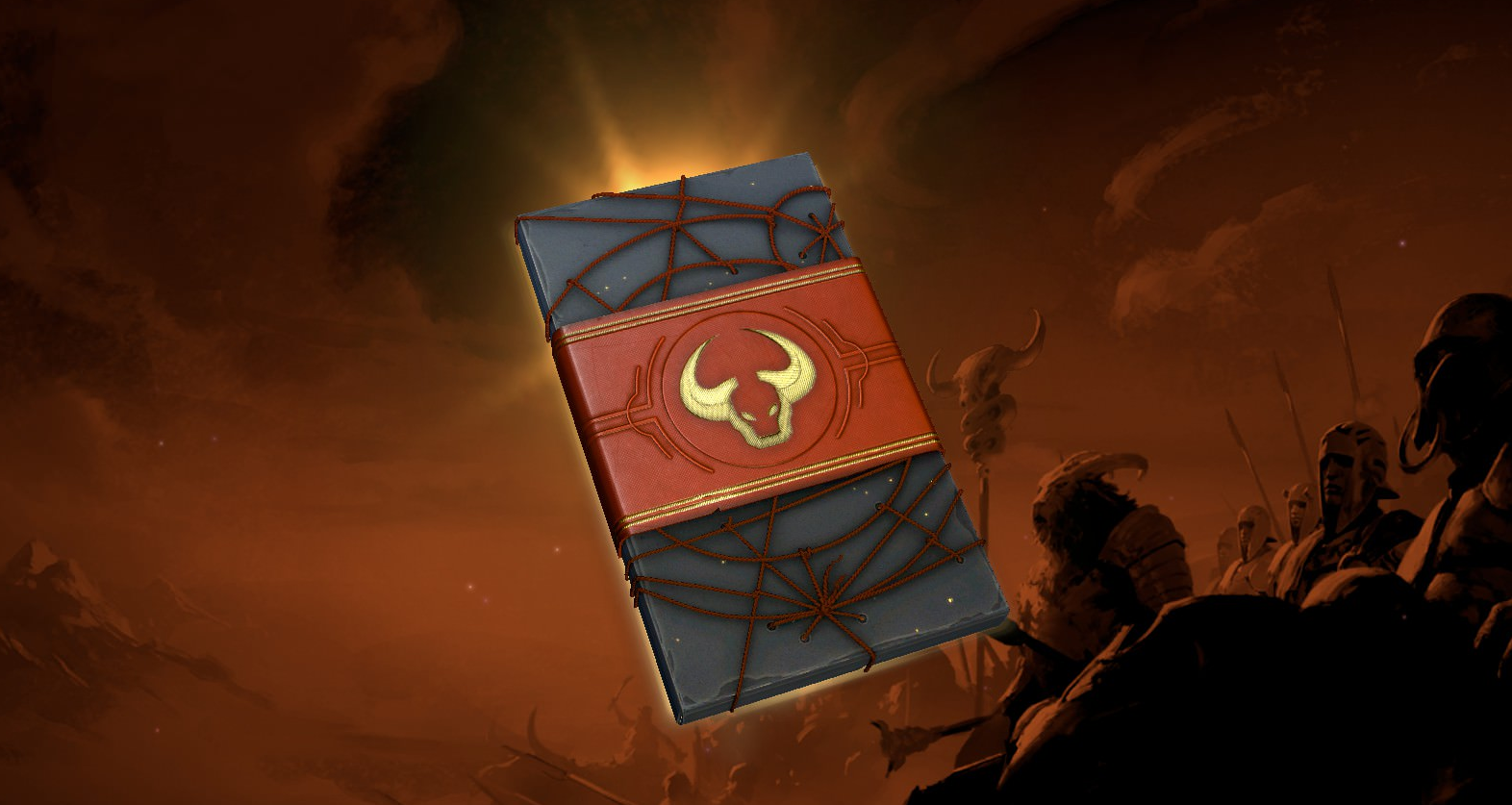 Death and Taxes utilizes one of the most fun combinations of Item and Hero cards in the game, and ! With this combination, you are able to Sacrifice your every turn, condemning him and dealing 6 damage to three of your opponent's units! If you combine this with the item card, , you won't feed your opponent that much gold!
The deck also features another interesting combination of cards, and . only retains the Attack value when you have the gold stored away, but with you can use the Active Ability and condemn , giving the Attack and Health values to , allowing you to spend the gold afterward! With cards like and , it should be fairly easy to clear away a unit in front of , allowing you to get in some massive tower damage! How big can you get your ?
To make matters worse for your opponent, you can use in the same lane that you use Active Ability. Which means yes, it is possible for the units to survive to the left and right of ! How crazy is that?

Green Machine is a much more straight forward deck, compared to Death and Taxes. Get out, put into as many lanes as possible. Ramp up with , , and into big beefy Creep units like and .
One of the biggest issues for The House of the Dreamer, in my opinion, is that too many of their Heroes have 4 Mana cost Signature cards. Just take a look at the above Mana Curve for Green Machine! More than half of the deck is 4 Mana cost cards! Yikes!
With that said, is the best signature card in the game, by a mile. sort of makes this deck, after ramping a lane to higher mana totals, you can your opponent and play multiple cards for free. For this strategy to be successful, you’ll need a lot of mana built up to really take advantage of it. can also be used to protect your from a removal spell, allowing it to grow to higher Attack values! There are a lot of useful scenarios where can turn a lane around for you. For the most part, I’d recommend playing whenever you have Initiative going into a lane with a bunch of enemy Heroes, because it’s just so powerful!

Trench Warfare is all about Cleave, baby! Put those on your , slap a on him, and you're off to the races! This is such a great combination of cards because 's Ability will trigger even through Cleave damage! Before you know it, most of the enemy Heroes will have reduced Armor! Get even crazier with things like and you'll be able to Cleave down all of the enemy Heroes without any problems! And once you reach the late game, you've got a to put the cherry on top!
There will come a time when you'll need to re-arrange your unit positioning, to maximize your Cleave damage, and is the perfect card for the job! Just place him in the optimal position and use his Active Ability to swap him with your beefed up and Cleave away!

Ascendance is all about two cards, and . Stacking these on multiple Heroes in the same lane can lead to astronomical Attack and Health values. 25 of the 40 cards in this deck are 2 Mana or less, which means there are plenty of cards to fulfill 's and 's trigger. Pair this with , and you'll have a lane full of beefed up units!
My biggest complaint with this pre-constructed deck is that it doesn't include Why not? That card absolutely belongs in this list. If you were ever inclined to run a Mono Red deck, is just too good not to run! Especially with so many cards that Get Initiative, like and . This deck could also really use the help of , which would give the deck access to the strongest Red Hero.

Out of Control is all about , if you couldn't tell. I actually wrote about a deck just like this, in a previous article titled It's Meepo Time! The deck features an item card I didn't consider in my list, , which pairs wonderfully with . Because is often dying, feeding gold to the opponent, with attached to multiple Meepo, this can mitigate the issue somewhat.
While playing this deck, I’ve also gained new respect for . With great board clears and damage Spells in Blue like , , and , sometimes these aren’t always the ideal answer to an opposing board full of beefy units. is one of the absolute best cards in the game, don’t get me wrong, but you can’t use that in a lane you’re committing units into. Also, doesn’t do enough when facing a bunch of Heroes with Health items that are also buffed up by . These two scenarios are exactly where can shine, because it can specifically target two Hero units and use their Attack values against one another, not requiring you to destroy your own units, and doing enough to counter high Health Heroes.
Lastly, is there anything more satisfying than casting your own in a lane with 4 present? If you weren’t aware, it’s also possible to have more than 4 ! If you cast in the same lane as , there is a 25% chance Multicast will trigger, which means another ! How many can you get in one lane for a huge ?

Upkeep Killer Is also very similar to another deck I wrote about, Time Lock, minus the Time Lock cards. It’s a Blue/Black deck that focuses on getting as many Upkeep Kills as possible. This list skips the Time Lock cards, in favor of more control elements like , , and . The biggest difference is this deck runs 3 whereas mine did not!
Personally, I think is trash. Look at its win rate in constructed! Yes, it can net you more Upkeep Kills overall, but only if the opposing Heroes are constantly lining up directly in front of your Heroes. This item card would be so much more valuable if it applied its effect to all enemy neighbors! Then, it could really shine! Overall, I’ve found that has lost me more games than it has won me because this deck has very fragile Heroes, reducing your own armor with this item only makes them that much weaker! It’s also a nightmare in the mirror match, because then your opponent’s will now deal 3 damage to the hero, instead of its very manageable 1 damage!
I would like to also mention, this is the most popular deck in the Call to Arms event. Probably for good reason, it’s just so satisfying to see an entire opponent’s lane worth of units all dying in the Upkeep, when your opponent can’t do anything about it! I do think this deck is the most difficult to play of all the pre-constructed decks in the Call to Arms event. Many games I’ve had to deal with a hand full of Improvements, when I would have much rather preferred having cards with immediate effects! When playing this deck, you’ll often times have a terrible early game, with a lot of dying Heroes, before it can really take off in the late game! But sometimes it’ll be a little too late, so be careful!

Because the Call to Arms event has an expiration date, December 14, 2018, is it possible Valve will have new events later? I do find it intriguing that we use Event Tickets to play in Competitive Modes, but the “Featured Event” is free? Will there be future Events that have modified rules and crazy modes similar to Hearthstone’s “Tavern Brawl”? What if there was a Featured Event that made you play a Singleton deck? Or Mono colored decks? Rainbow decks even?
I’m excited to see what fun Holiday events Valve intends to implement into the Featured Events tab! Or even the possibility of Single Player type encounters or campaigns even? The possibilities are endless! Share with us what type of event you would like Valve to make!
Follow us on twitter @artibuff for all the latest updates! LaurenPosted 3 years ago
What's the reward for getting a high win streak? :) KaizenPosted 3 years ago
Can you use these decks vs friends ?